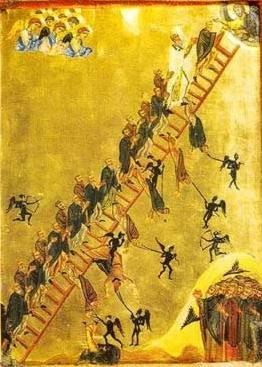 The Ladder of Divine Ascent of St. John Climacus 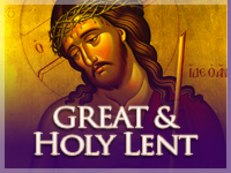 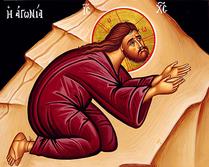 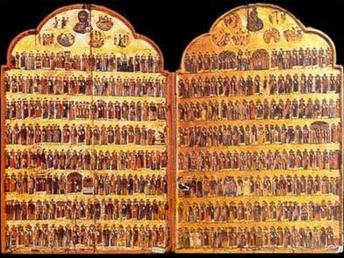 Icon of the entire liturgical year

FASTING PRESCRIPTIONS
Fast periods  are a natural thing for Christians who are trying to grow in their faith.  Ascetical struggle is part and parcel of our Life in Christ.  It helps us to become more free and less weighed down by physical desires.  Our ancestors in the faith did not ask about minimum prescriptions for fasting. They fasted from all animal products (meat, eggs, and dairy) throughout the whole fast periods (yes, for 40 days in the case of the fasts that precede Pascha and Christmas).  Many Orthodox Christians still keep these fasts seriously.  If you cannot keep the strict fast, then at least do something! Perhaps you can keep the first and last week of a fast period, or three days a week.  Of course, if you are ill, aged, or work at hard labor, it is best that you moderate the fast. If you can, you should.  If you can't, then don't agonize about it.  The Fathers wisely said: " The most important thing about fasting is that we refrain from eating one another!"

According to the decision of the Episcopal Synods of the UGCC, the absolute minimumprescriptions regarding fasting are as follows:

To abstain from meat on all Fridays of the year, except when

a feast of the Lord or the Mother of God falls on a Friday, or
during the so-called zahal’nytsi, that is, periods when, owing to the nature of that period we do not fast.  These periods are:

While the prescriptions for fasting listed above constitute a minimum requirement for Ukrainian Greco-Catholics, all Eastern Christians are encouraged to observe, to the best of their ability and with their spiritual father’s blessing, the following traditional periods of fasting.

Moveable Feasts (Paschal Cycle) are marked in Red (These dates are for 2017 only, when both Julian and Gregorian Calendars coincide)

Fast Periods are marked in yellow

Memorial Saturdays (when we pray for our deceased brothers and sisters) are marked in violet.

Nativity of the Mother of God  September 8/ September 21

Protection of the Mother of God  October 1/  October 14

Feast of the Conception of the Mother of God By St. Anne  December 9/  December 22

Synaxis of the Mother of God:  December 26/  January 8

The Naming of our Lord, Jesus Christ & The Feast of St. Basil the Great:  January 1/  January 14

The Feast of the Theophany:  January 6/  January 19

Presentation of our Lord (Encounter of the Lord):  February 2/  February 15

Sunday of the Publican and the Pharisee:  February 5, 2017

Meatfare Sunday: February 19, 2017 (According to strict observance, this is gthe last day meat is consumed until Pascha)

Cheese-Fare Sunday (Forgiveness Sunday):  February 26, 2017 (According to strict observance, this is the last day that dairy products are consumed until Pascha)

Sunday of the Fathers of the First Ecumenical Council:  May 28, 2017

Feast of the Transfiguration:  August 6/  August 19